The Cat Came Back

Hi there! Thanks for joining me today. Come and read my happy, heartwrenching story about the neighbour’s cat whom I love. 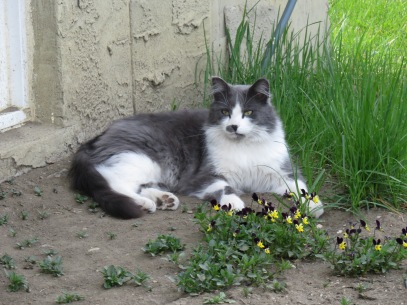 Ever since I returned home from a trip to Puerto Vallarta last May, I’ve been a little blue. Before we left on our vacation, my feline friend, George, was helping me in the garden. I really enjoyed his company. In fact, I enjoyed him even more than when he came to assist me the spring before. That’s when George first came to live in our neighbourhood. Since his arrival I’ve grown quite attached to that cat.

How did he get to my neck of the woods? I suspect he was born locally as so many cats are. We don’t need to import them. There are an abundance of cats produced right here. Then, when he was sick and still only a few weeks old, someone left him on my neighbour’s back step, thin and wrapped in a blanket.

My neighbour has a really soft heart for animals. I think the dropper-off-er knew this and that’s why she was selected as the lucky winner of the Who Wants a Cat? draw.

Compassionately, my neighbour drove the cat to the veterinarian clinic where he was hooked up to an IV for a couple of days to ward off dehydration and infection. That fluffy kitten survived, was christened “George”, and then, when he was old enough, George came to my backyard to get to know me.

George is a stealthy hunter of birds and a clever remover of belled collars. The afternoon I saw George up in the next door neighbour’s tree and lying on the roof of the birdhouse mounted there and waiting patiently for a feathered head to emerge, I called George’s owner. 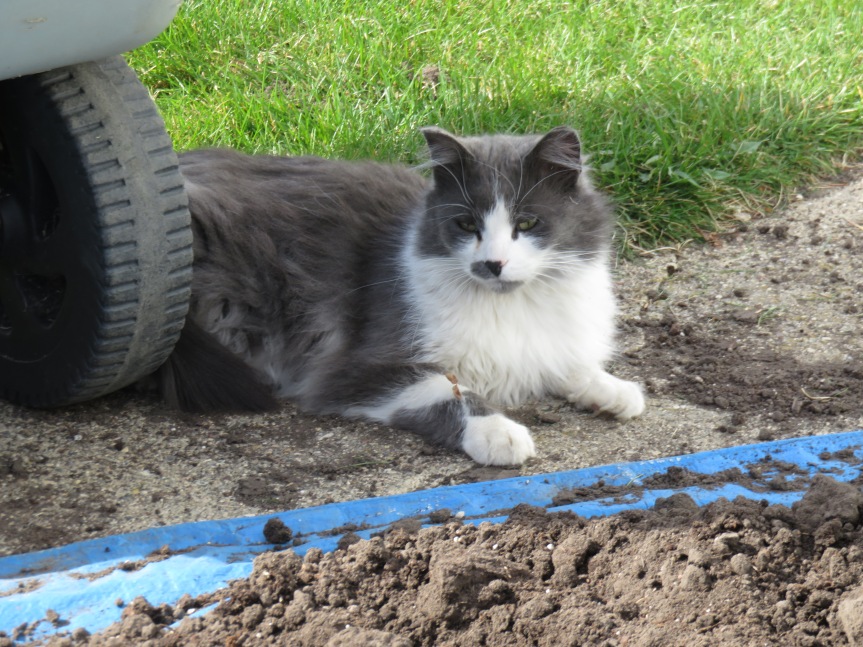 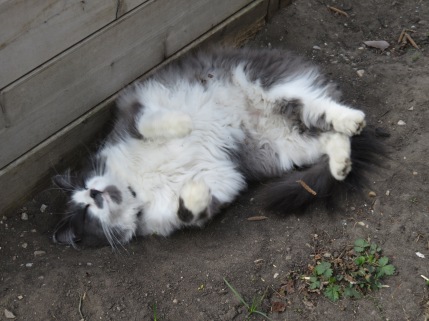 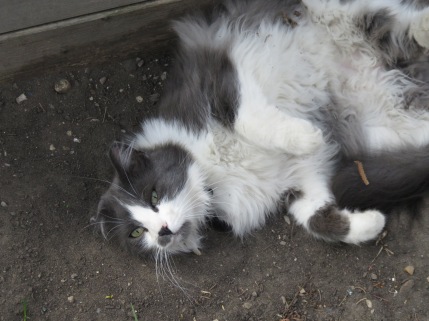 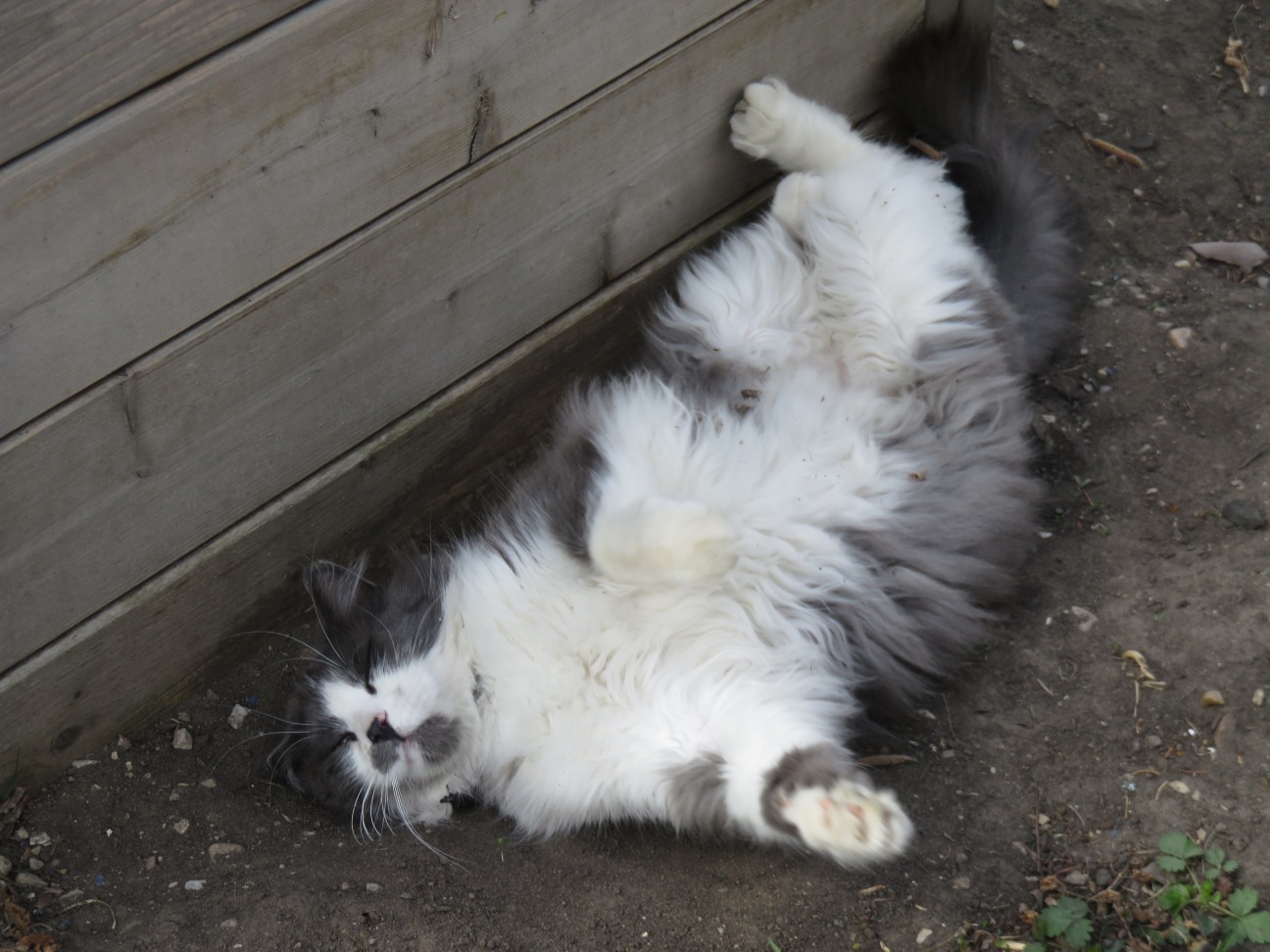 “George is quite a hunter,” I told her and gently suggested, “Maybe he needs a bell on his collar to give the birds a fighting chance.” 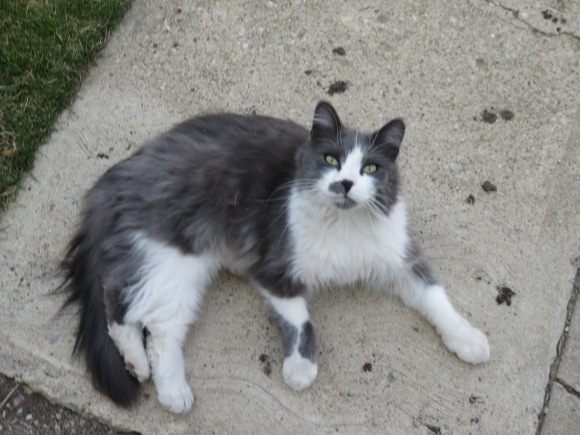 The next day, George strolled into my yard sporting a collar with a bell. By suppertime, George had rubbed that collar right off.

But, the following day, he wore a brand new collar, a blue one with a larger bell. This, too, soon disappeared.

And in May, when I returned from Mexico, George had disappeared, as well. The backyard was a lonely place all summer and on into the fall. My heart felt heavy every time George crossed my mind.

The other day, my husband and I were working in our backyard. George’s owner swung into the  back alley, jumped out of her car, and told us, “George came back!”

My neighbour explained that as she was doing dishes that Saturday evening, suddenly something started ramming her locked cat door, pushing on it hard from the outside. She undid the latch (something I might not have done as we have muskrats and skunks in the neighbourhood, and sometimes feral cats, too) and in came George!

The poor little guy was worse for wear. He had been shot several times with BB pellets and he was starving. Before my neighbour began removing the pellets she could get at, she fed George. He gobbled the food and then began eating the plastic dish before my neighbour took it away.  Then he threw up what he’d eaten. 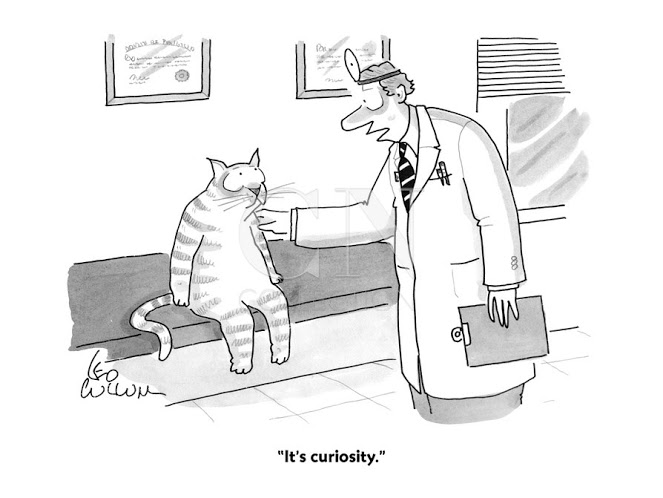 When Thanksgiving weekend was over, my neighbour took George to the vet’s. He stayed there again on an IV drip to sustain him and the veterinarian dug out the remaining shotgun pellets from George’s skinny body.

“He doesn’t want to go outside now,” the neighbour confided. “He sleeps in his carrier and hasn’t moved around much. My husband’s going to build an outdoor run for him.”

I thought that was a really good idea. My heart is glad that George is back and, at the same time, it is sorrowful that the world is so darn hard on the creatures who roam it.

Thanks for reading! Drop by my site anytime. It’s nice having you here with me. ~ Lori

“The Cat Came Back” is a comic song written by Harry S. Miller in 1893. This short film is from Canada’s own National Film Board. It’s pretty dark! Give it a view. 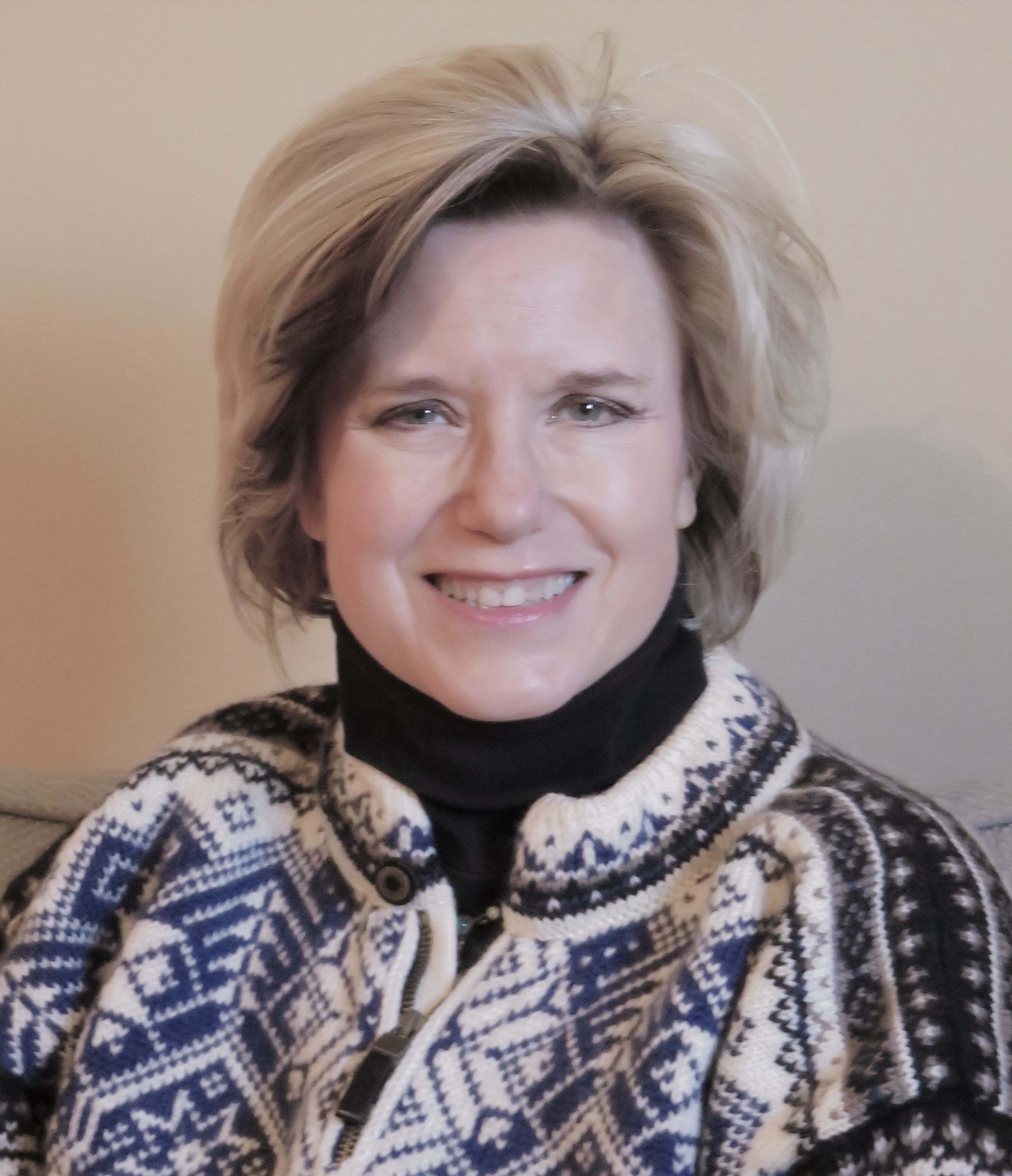 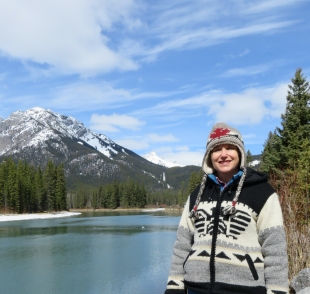 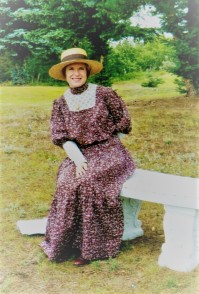 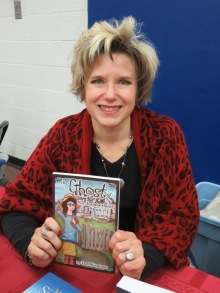 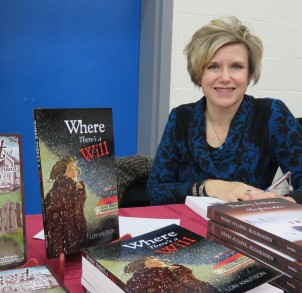 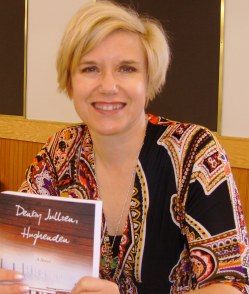 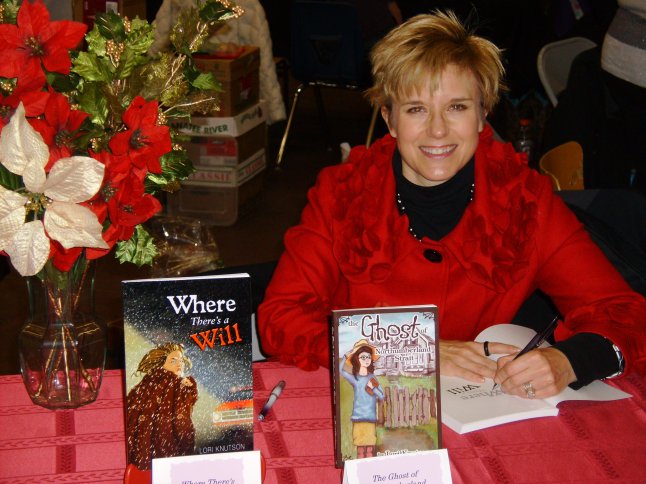 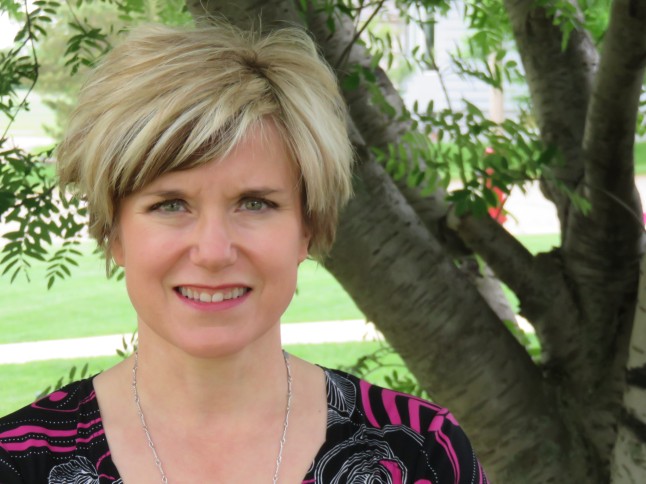