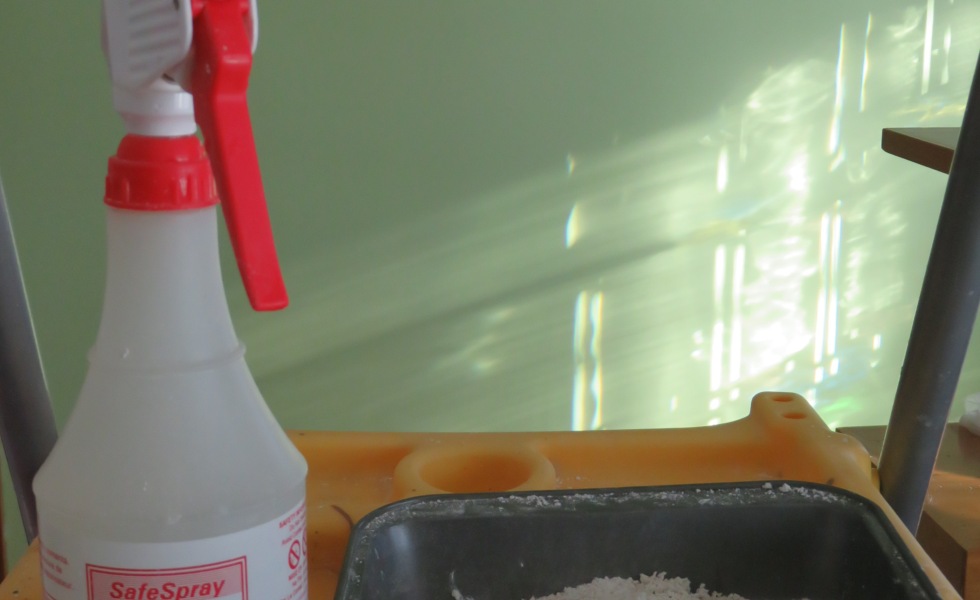 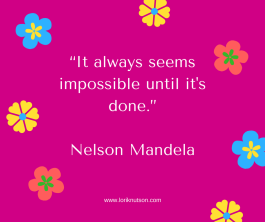 I’m done refinishing the ceiling in the main part of our house. I can’t believe it. There were so many times during this project that I thought it was an impossible job.

“Why did I start? The house will be a mess forever! I’ll only ever get this job half done and then I’ll die while scraping plaster.” These thoughts often passed through my mind. I let them go, picked up my trowel, and kept on going.

I remembered all the things that people told me I couldn’t possibly do:

These things weren’t impossible. They were difficult. There’s an ocean of difference. The rough waters between doubt and doing are what we cross in taking on a challenge.

While working, I also recalled the words of a friend of mine, advice from his father to him. “When you’ve got a big job to do, don’t look at what you still have left to do. Focus instead on what you’ve accomplished already.”

In this case, the father’s advice to his son was to look back and look back often. This runs counter to the idea that we shouldn’t look back. It just goes to show, like everything else, good advice depends on context.

Whenever I got tired I would do what my friend’s dad told him, and I would look at all the stipple and plaster I had removed. This same friend gave me a little advice of his own. “Just work on doing one small bit of a project at a time. Don’t think about the rest of the work to be done.” This strategy worked for him. He wasn’t just talking the talk. My friend had walked the walk.

Years ago, my friend had restored an old stone house on his rural property. The floors were covered in decades’ worth of accumulated pigeon poop, deep and dense. My friend grabbed a mask and a shovel, and he started in one area. Bit by bit, shovel by shovel, he cleaned out enough uric acid to fill a one ton truck box. His triumph over pigeon poop encouraged me. 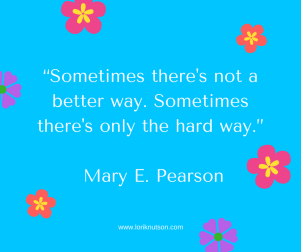 When plaster dust got in my eyes, up my nose, and in my hair, I thought, “Well, at least it’s not pigeon poop.” It’s funny how circumstance dictates what counts as reassurance.

Now when I sit in my recliner (I missed it so much!) and look up at the ceiling in our house, I see that it’s not perfect. It’s a little scarred and marred, but it’s also clean and bright.

Isn’t that just like life? We work, we try. Sometimes we succeed in our mission and ceilings become bare and flat. Other times we give it everything we’ve got only to discover that everything isn’t enough.

The thing is, there’s no guarantee that if we put in the time and the effort that there will be any results, anything to show for our work in the end. So the point has to be in doing the task and doing it well. If there’s no satisfaction in the work, the work probably isn’t worth doing.

Tools of the trade. It didn’t take long to despense with the metal pan and to just let the plaster fall like rain.

I’m in no hurry to refinish any more ceilings, but I am satisfied with the imperfect results of the time I spent. I’m grateful for the words of my friend and of my friend’s father. Looking back, scraping a little area at a time, and imagining pigeon poop piled high spurred me on through the fog of plaster dust. Refinishing the ceiling was definitely difficult, but it sure wasn’t impossible.

3 Comments on “Difficult, Not Impossible”